BOOK NOW ONE OF OUR EXCURSIONS >

TOUR IN E-BIKE – THE LIGHTHOUSE, THE TOWERS AND THE SECRET CAVES

Here is one of the main attractions not to be missed during your stay in Cagliari!

You will pedal effortlessly with the electric bike, in the middle of nature, along a path with a breathtaking view of the Gulf of Cagliari. You will discover the secret beach of Cala Bernat. the lighthouse of S.Elia and the coastal towers of Cagliari which were part of the defensive system, designed to protect the island from raids and attacks from the sea.

A unique experience of two and a half hours, with the electric bike, to discover the most secret and suggestive places in the Gulf of Cagliari. Starting from the city center, you will reach the Basilica of Bonaria with its splendid steps, up to the tourist port of Marina Piccola at the foot of the hill called "Sella del Diavolo". Along the cycle path that first runs along the port and the sea, then the Sant’Elia promenade, you will arrive at the secret beach of Cala Bernat and “Torre del Prezzemolo”, one of the coastal towers of Cagliari, 34 meters above sea level.

A few kilometers from the city center you will be conquered by the sandy and pebble beach of Calamosca, enclosed in an enchanting cove in a crystalline sea. You will see, from the top of imposing peaks on the promontory of Capo S. Elia, suggestive views, military structures, the Lighthouse, the Fort of St. Ignazio and the various towers that formed part of the coastal defensive system

Do not miss this experience, which will allow you to admire Cagliari from an unusual perspective. Scopri Cagliari e-bike tours. 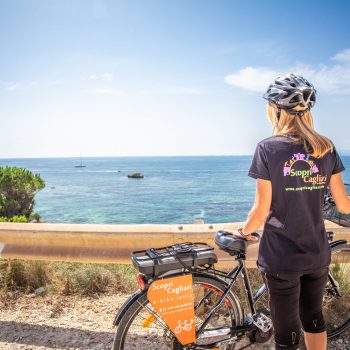 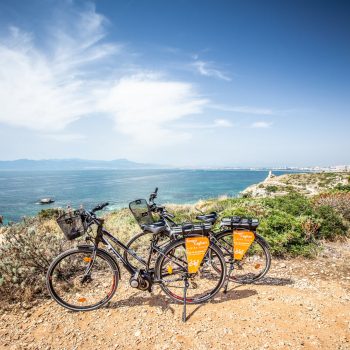 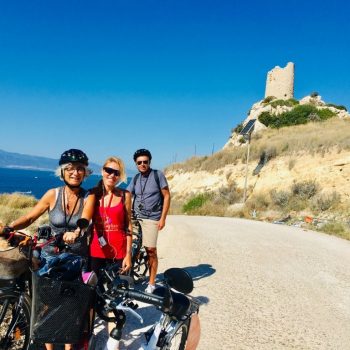 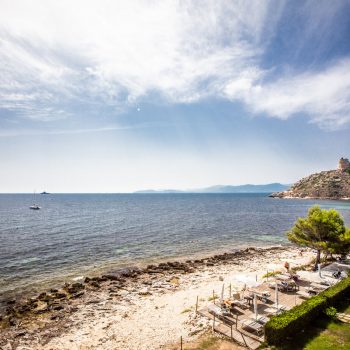 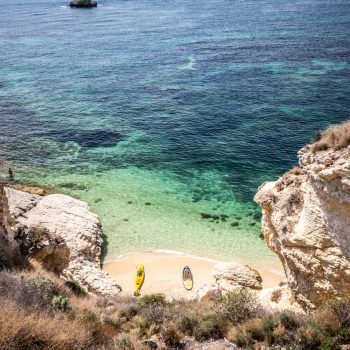 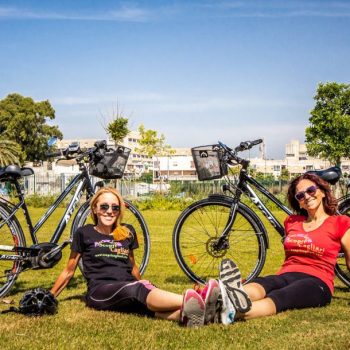 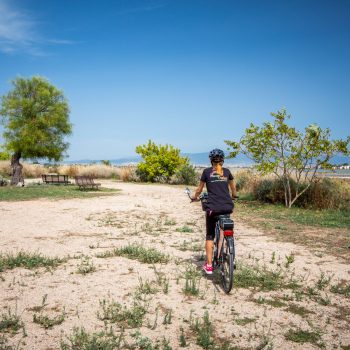 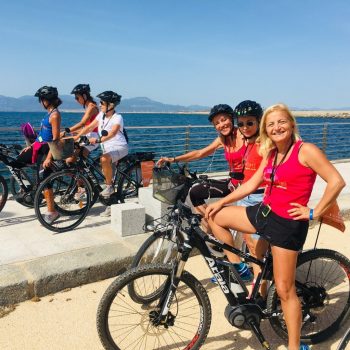 The itinerary starts from the center of Cagliari with several stops to listen to many curiosities about the places we will encounter along the way.

Helmet and pedal assisted bicycle rental (mountain bike or city bike), guide and audio guides in several languages are included. Each electric bike is equipped with basket, kickstand and rearview mirror. The tour is also ideal for families; we have e-bikes of different sizes and child seats. Book now!

Book one of our rooms in the center of cagliari!